Airfreight.org.uk is a website run by Movecorp Ltd one of the UK’s leading providers of removal and shipping services to both corporate and private clients, our specialist team of helpful transport co-ordinators are on hand to guide you through the process of sending shipments by air.

We offer a tailor-made airfreight solutions for business who need to ship goods from one country to another. If you need to ship one small item or several large items, airfreight can do this for you.

Our most popular services are:

We offer a full professional export wrapping and packing service for customers looking at using airfreight to shipping goods abroad. Our trained staff uses the best in shipping materials to ensure that your goods are fully protected for our airfreight service. 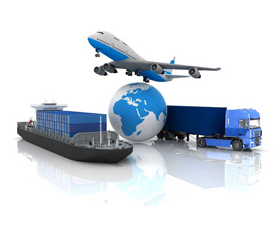 Airfreight – a historical and modern perspective

Today we take airfreight for granted. A service we use for shipping mail, parcels, boxes, pallets, and vehicles globally, and that can even provide next day delivery worldwide services; airfreight is just a part of everyday life; most of the time we hardly notice it. Often the intensity of modern airfreight becomes apparent only at night when the final passengers have departed. At East Midlands Airport 1, the second most important airfreight hub in the UK, the bulk of the airfreight arrives and leaves at night, transported by dedicated cargo planes packed with personal and industrial items including fresh produce from all over the world.  Globally, regarding value, almost a third of world trade is handled by the airfreight industry. Here we look at a historical and modern of airfreight including currently available services.

The history of airfreight is said to have begun in 1910 with a shipment of silk flown from Dayton to Columbus in the US which arrived faster than it would have done by rail. Airfreight expanded rapidly during the early twentieth century. In 1927 around 21 kilograms of freight were shipped by air. Just two years later has risen to 100  kilograms, and by 1931 it achieved almost 1.5 million kilograms.

Before the outbreak of the second world war, nearly 70% of global airfreight consisted of letters and parcels. This was transported exclusively on passenger planes as no dedicated civilian cargo freight carriers were built until after the end of the war, though during the war and in its immediate aftermath troop carriers played a significant role in transporting troops and military equipment.

The development of the turboprop was a game changer, proving to be the ideal match for the new class of dedicated air freighters that emerged after the war. The airfreight industry blossomed. Mail was no longer the main cargo; by the 1950s parcels accounted for just 20% of global air cargo.

While the growth in airfreight volumes is a global phenomenon, there is considerable variation. We are seeing the highest growth rate in Africa where last year air freight grew by 17.5% while in the Middle East it grew at its lowest rate of 6.6%

As air freight volumes continue to grow, so too is the demand for cargo freighters as globally carriers seek to expand their fleets 3. During 2017 Africa increased its total capacity by 24% while in the Middle East it grew by a more modest 1.2%. It is estimated that by 2026 the global freighter fleet will have almost doubled its current capacity.

What do we transport by airfreight?

We transport all manner goods by airfreight; some examples are:

Many items cannot be airfreighted; comprehensive information on these is published by IATA 4.

Regarding value, around 40% of goods are transported by air. Airfreight is available for any individual and business to almost any global destination and, while more expensive than the alternatives, competition in the industry ensures prices are affordable, even for next day delivery worldwide.