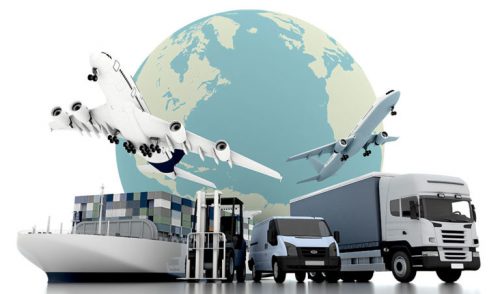 Our global worldwide airfreight service connects over 190 countries and 1700 airports, so you can be assured of a truly global direct service. As one of the UK’s largest independent freight forwards we are confident that we can provide you with a competitive quote for any size airfreight import or export shipments you have.

Our most popular services are:

We offer a full professional export wrapping and packing service our trained staff use the best in packing materials to ensure that your goods are fully protected for our airfreight service.

MORE ABOUT OUR COMPANY

At any time, according to Flight Aware 1, there are around 9,700 commercial planes in the air worldwide, and on average they are carrying approximately 1.3 million people. In addition to its complement of passengers, many passenger planes carry cargo too which is stowed in the belly hold along with passenger’s luggage. Cargo is also carried by dedicated air freighters; planes that have been specially designed for cargo or passenger planes that have been converted to do so. Underpinning all this is a highly complex logistic planning operation that ensures everybody, and everything gets to the right destination. It is incredible how it all works. Here we will look at some of the basics including air freight carriers, the various types of fleet, cargo size and capacity.

There are three principal types of air freight carriers:

And there are two distinct forms of airfreight services:

Cargo airlines and their fleet

Worldwide the largest cargo airlines are:

While the above are dedicated cargo aircraft, as we have said, many passenger flights also carry cargo. It is all a matter of economics, and many carriers chose to configure their fleet to carry an optimum mixture of passengers and cargo.

The Boeing 747 range 4 is a popular choice for this type of operation. When fitted out as a dedicated freighter, the 747 400 can carry 736 cubic meters of cargo. This includes 30 pallets on the main level and an additional five pallets plus fourteen 1.6-meter-tall containers on the lower level. Loading and unloading are carried out through hatches on the side of the aircraft. The aircraft can also open its nose for loading large cargo. To ease loading, the plane is usually equipped with electric rollers to move cargo from the front to the rear of the aircraft.

Alternatively, the plane can be configured to carry 416 passengers plus 150 cubic meters of cargo. Often there is a trade-off, for instance, part of the passenger area may also be allocated to airfreight. Typically, when configured this way it will carry 266 passengers and 283 cubic meters of cargo. The economics can be complicated; altogether airlines make around 10% of their revenue from freight.

When transporting even larger loads, super-transporters may be used. Here the cargo area is extended over the cockpit to allow almost the total length of the aircraft to be used for cargo. Some super-transporters can carry up to 250 tonnes which is the equivalent of four army tanks.

The largest super-transporter in the world is the Russian built Antonov An-225 5. Purpose built to transport rocket boosters, as a commercial cargo plane it can carry a payload of over 250 tonnes.

Really pleased with the service Air Freight gave us. Over goods got to air freight to Spain very quickly.

The team were very helpful and gave me up-to-date information throughout the whole process. A+ Service.

Just a quick email to thank you for all your help in air freight to Australia this month.

A big thank you to the staff at Air Freight, you guys really helped us moving our good via air freight to France, thank you!
Go to Top